It is with much sadness that I report the passing of Terry Brown, who died on Sunday 20th September at the age of 87 from a long battle with cancer. Terry was a long standing club member of Borough 19 Motor Club and keen supporter of Sevenoaks speed events for many years. In fact Terry was always a familiar sight on the South East speed scene in his Lenham Le-Mans Coupe, which he purchased in 1960 and gradually converted to full race specification since that time. Terry won the ASEMC Speed Championship in 1997 and proved to be a multiple class and category winner over many decades at numerous venues.

Terry was a much respected competitor and I myself enjoyed many battles with him in the 1970's and 1980's when modified sports cars were combined with saloon cars. There are no funeral details at the moment, but I hope these few words will give some comfort to a much missed colleague of Sevenoaks and District Motor Club. We send our sincere condolences to his family. Terry will always be remembered with fondness and for me in particular some very happy times competing together. 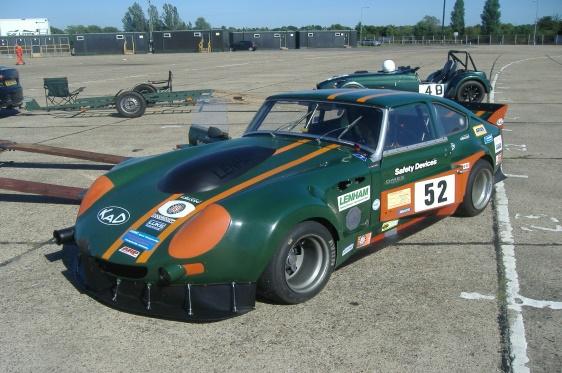 We are sad to report the passing of Terry Brown.

Our 2020 Yearbook is now available with all the latest info on awards and winners.

View our image archive to see events past and present

STAY UP TO DATE